A country’s past history dictates its culture and tradition. This tradition is presented in its arts through music, dance, literature, architecture, fine arts, print, weaving, dress, cuisine, beliefs, folktales, stories, etc.. What is called traditional is that which is passed down from generation to generation through practice, word of mouth, written text, rituals and performances.

The Philippine culture is distinct from its other neighbors in the Pacific and Southeast Asia. Not only has it been accessed through migrations and trade from the neighboring countries, but countries from the opposite side of the world have come into the country, leaving their cultural mark on its inhabitants which in turn have passed them on to the present generation.

Has anyone ever wondered how a Filipino can easily learn Hawaiian-Tahitian dances, and dance them in an instant, without need of much coaching? How come some of the dances of southern Philippines have gestures that look similar to that of Indian classical dance? How come our Jota dances look like they are flamenco dances of Spain? And our lilting balitaws, polkas and valse’s – why do Europeans love them so much?

The Philippines is situated strategically where on the eastern seashore laps the Pacific ocean, while to its west is the calmer China sea. Countries to the north are China, Taiwan and Japan, to its south is Borneo, Celebes (Sulawesi) and the other islands of Indonesia. To its west is Malaysia and Indo China and to the east is the vast Pacific and its Pacific Islands.

In analysis, it is interesting to note that if we watch dances of the other countries mentioned above, we realize that the Filipinos did not pick up much of the dance steps of the Chinese and Japanese. However, we do have a lot in common with the folk dances of Indonesia, Celebes, Borneo, Malaysia and India (through Indonesian dances).

How did India get into the picture when it is so far away? The Indian migrants, you see, went south, crossing the Indian ocean, to bring its culture and religion to Indonesia. In turn, Indonesia, spread it east to outlying islands. Waves of migration north from these areas brought the culture to the Philippines. By the time we got part of that Indian culture it has already been modified and processed by these southern countries.

The theory that India shared that culture with us from land movements going east through Burma, Laos, Cambodia, Thailand, China ….. is not as feasible as there are not many aspects in common by way of dress, customs from these northern countries as we have with the south and west (Indonesia and Malaysia).

How sure are we that we got a part of the Indian culture since the Hindu religion is not actively practiced by a large group of people in the Philippines? In the 50’s, in a cave off the Batangas coast, Pat Badillo, a Filipino antique and ethnic art collector unearthed about 100 stone statues that portray Hindu gods and the characters from the epic Ramayana. Instead of the elaborate stone carvings characteristic of typical Indian temple origin, they are more primitive stone carvings, with writing on them that show more similarity to the Bugis (versus Sanskrit) text.

What about dress, jewelry, weaving patterns, etc.? A country with an organized form of government and civilisation will start moving beyond the basic food and shelter necessities to luxury items. Our Philippine ancestors at the time that they were documented by the western world, were known to be wearing elaborate jewelry made of gold, different styles of cloth and different weaving patterns. For example, it is not hard to distinguish the difference between the weaving patterns and thicker thread used in the Mountain Province as compared to the finer weaving of the Maranao. In Mindanao, different areas offer different fabrics and patterns of weaving from silky scarves to ikat patterns, and elaborate malong weaving patterns.

What about writing? Of writing, the Philippines had its own written text, a form of which is still used by the Mangyan in Mindoro and Palawan today. They are not Chinese nor Hindi related but are seen to be related to writing found to be used also by the Bugis, a minority group who live in Celebes. Some Filipino scholars say that these writings come from the Bugis. Scholars from Celebes however, think that the Bugis got these writings from the Filipinos.

Other findings like the Copperplate inscriptions found in Laguna, demonstrate another type of script used and tell us that the local residents of that area already had a flourishing civilisation, long before the Arab traders or the Spanish had come into contact with the country.

Music is another aspect whereby a country’s culture could easily be seen and measured. Of music, in the South, we find more similarity again with our southern neighbors. The kulintangan gong orchestra is distinct, yet it belongs to the same brass gong grouping that includes the gamelan gong orchestra of Indonesia.

On the other hand, the Kulintangan gongs from Mindanao have a boss, and when struck, produce a clear sound which could be adjusted and scaled to play a certain note. Hence the Kulintang is a series of graduated gongs, tuned to a pentatonic scale which produces the melody of the piece. The kulintang gong is similar to other gongs found in other countries of Southeast Asia.

In the 10th to 12th centuries, Arab traders came from the Indian Ocean to Indonesia, Malaysia, then the Philippines. With them they brought their language, music, religion and culture. Just like the Christians later, they brought their religious rituals and celebrations which are still carried on today.

In 1521, the Portuguese explorer Magellan came, in the name of Spain. The next 300 years saw the Philippines as a colony of Spain. Spain brought change. It’s goal was to change the culture of the country to make it like their own. It brought music, dance, European fashion, architecture, cuisine, etc… from Europe and the Americas (by way of Mexico). All these influences were assimilated into the culture.

For example, Filipinos started to compose music and sing in Spanish. Even those which are sung in the Filipino language, had the influence of Spain.. like our balitaws, polkas and pandanggos. Out of the chaos we identified those that came from our own songforms, like the kumintang and the kundiman.

Rondalla orchestras were born. On stage, the sarsuela started to flourish. The moro-moro became a stage-play which people enjoyed watching.

On the religious side, traditions which we still follow today for Advent, the Passion, Easter, etc… started.

Spain brought to the Philippines knowledge of their fine arts and painting, and the Amorsolos and Juan Lunas were among those Filipino painters who excelled in their work, which was celebrated in both hemispheres.

Arnis, the Filipino martial art was forced to retreat to secret practices during this time as they were banned by the Spanish. And yet, the Filipinos found a way to openly practice it, by making its movements part of Filipino folkdances. The Binasuan, for example is really a dance which shows the “lockflow” or the movements which an opponents joints could be locked to prevent them from moving to harm one during battle. The Sakuting dance, is really a two stick arnis exercise set to music (not coming from chopsticks like what some dance groups claim).

In December 10, 1898, the Treaty of Paris was signed between Spain and the United States. The Philippines was sold for the the sum of $20,000,000 to the United States. This started another three year period of struggle, this time against America. In Philippine history, this was called the Philippine-American war, but in American history, this was called the Philippine Insurrection. This was America’s first war outside of the United States. Roughly 700,000 Filipinos lost their lives versus America’s 10,000 dead. Villages were massacred, sometimes to include 10 year old children because they were thought old enough to bear arms. However bad America started, it made up for it later. It built the Philippines slowly, bringing education to the masses, the protestant religion and a different way of life. American influence brought a new language, food, music, religion and dance patterns. For example, it brought the Fox Trot tempo to Filipino music as in the song “Magandang Juaning”.

What was Filipino culture like before all the other immigrants came to the country? No one really knows. History books show us pictures which the early Spanish and French artists drew about typical Filipino scenes. But these scenes were only made from people that lived in the bigger towns.

What about those Filipinos who retreated into the mountains and were not touched by the foreign invasion? What do we learn from them now about ourselves? Their culture is so valuable to us now, as they give us an example of what our ancestors could have been like years ago. Surprisingly, there are so many variations as different tribal groups present differences in government, beliefs, language and traits. Which leads us to the conclusion that we do come from varied cultures within the greater culture which we call Filipino.

Today, there is a movement to find and identify Filipino tribal minorities. These groups basically have been isolated from civilization, and have kept their own cultural tradition distinct through the generations. The government has identified about 200 of these, and they are all on the verge of extinction.

On a sad note, the Filipino of today who have education and live in the city, look down upon these group of people as illiterate and ignorant. This is not true. That was due to the teachings, misrepresentation, mis-education and mis-perception that was taught them by the colonial powers.

The truth is that, now, the west is coming to these areas, learning more about their tribal government, and realize that they make better sense. People from Europe have come to live in some isolated tribal communities, not to change the communities and modernize them to that of their European standards. On the contrary, they come to learn and willingly adapt that of the local tribal government because they find them superior to their own.

The Philippines is a melting pot of the world’s cultures. Yet, out of that pot, it has made a distinctive product that is only one of a kind – the Filipino! All Filipinos should be very proud of their heritage. It did not get there overnight. It got there through the sweat and blood of ancestors who tried to find a land which they could make into a paradise.

Today, there are those of us who choose to live in America, far from the motherland. It is true that the land we call Philippines may be so far away from us…… but if we look deep inside, the paradise is there, because it has been and always will be there – in our hearts! Mabuhay ang Pilipino!!! 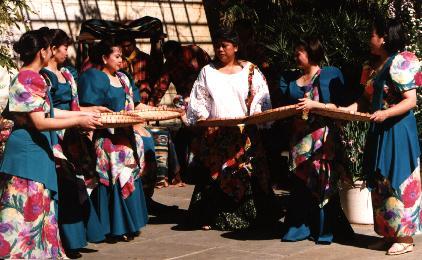 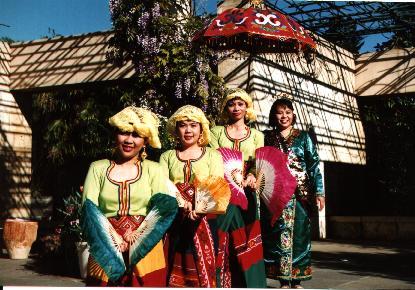